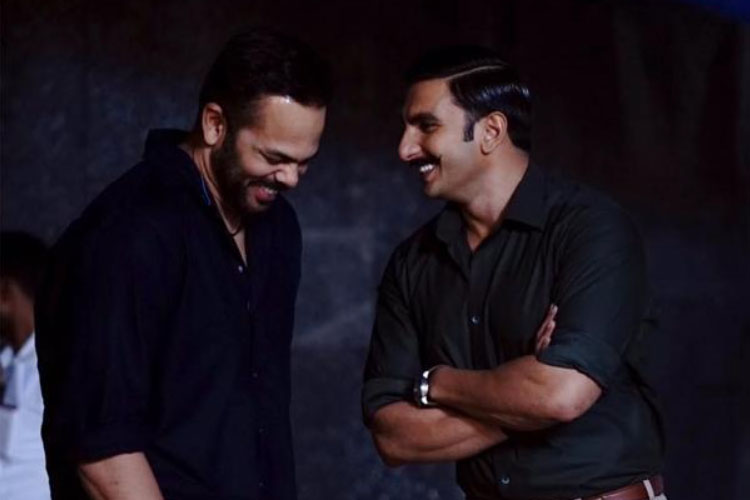 Are Ranveer Singh And Rohit Shetty Reuniting After Simmba?

A recent report states that after making the blockbuster Simmba, Ranveer Singh and Rohit Shetty could reunite for another biggie and this time in the genre of comedy.

Ranveer Singh and Rohit Shetty united for the first time in 2018 for the cop-drama Simmba. Singh played the titular character, a bumbling cop who undergoes a massive emotional transformation after a horrific incident and becomes the messiah of the people he's close to. Shetty's staging, albeit subverted, and Singh's hysteria propelled the film to immense success.

And now, a report by Bollywood Hungama states that the duo is all set to reunite for a film and this time in the space of comedy. A source stated to the portal, "Rohit has been looking to step outside the Golmaal franchise and his cop universe, and the lockdown gave him the time to work on an out and out comic script. When he narrated the basic idea to Ranveer, the actor was equally excited as he hasn't done a comedy film Rohit Shetty e-style before and agreed to come on board."

Talking about Golmaal 5, the source revealed, "But Ajay Devgn's dates are full for next one year owing to the six month closure, which has pushed Golmaal 5 also by a year. He was supposed to start Golmaal 5 around October this year for a Diwali 2021 release, but the film will now start only in the last quarter of 2021."

Singh also has a cameo in Shetty's Sooryavanshi, which also has Devgn and Akshay Kumar. Sooryavanshi has been awaiting release since Gudi Padwa (March 25). Due the lockdown, the release was postponed. Singh, on the other hand, has films like 83, Jayeshbhai Jordaar, Takht, and a film with Zoya Akhtar and Katrina Kaif coming up.