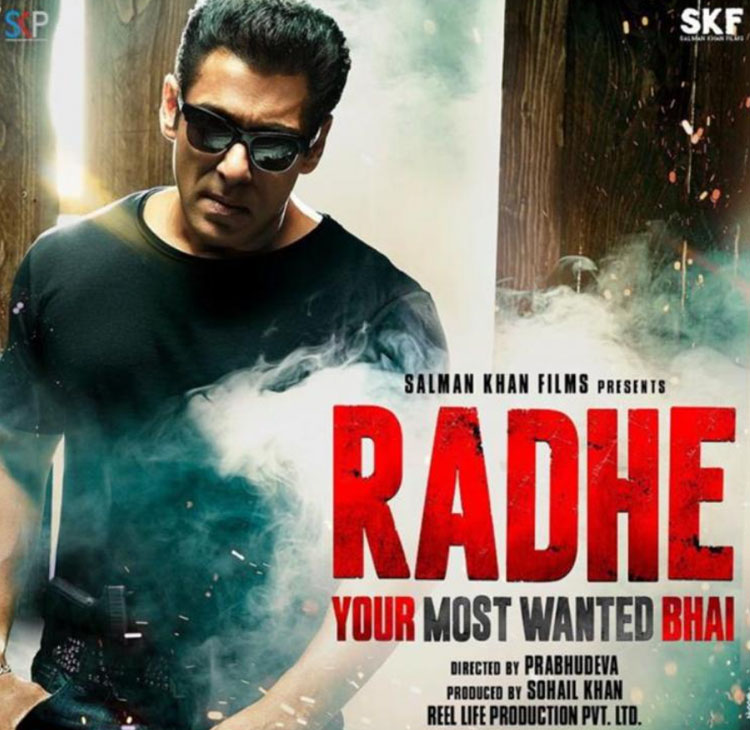 Salman Khan finishes Radhe: Your Most Wanted Bhai shoot before the schedule, release date to be declared soon?

Salman Khan, Disha Patani and Randeep Hooda starrer Radhe: Your Most Wanted Bhai's shoot is reportedly complete. As per a recent report, the release date of the film may be zeroed upon soon.

After Randeep Hooda and Disha Patani, Salman Khan also has reportedly wrapped up the shoot for his upcoming film Radhe: Your Most Wanted Bhai. Over the past few days, fans of Salman have been excited as actors Disha and Randeep shared photos from the sets of the film and called it a wrap on the much awaited film. Now, a national daily's report stated that Salman too has wrapped up the shoot of the film way ahead of the scheduled date and now, the makers may decide about the release date within a fortnight.

As per a report in Mumbai Mirror, Salman has wrapped up the shoot early with the cast and crew. The report quoted a source saying that the shoot of the film was successfully completed at 3 different locations which included Aamby Valley, Mehboob Studios and ND Studios. The source also told the daily that the SOPs that were prescribed by the government for the shooting were followed on the set. Further, it was reported that only a limited crew was present during the shoot and that teams were split up during the filming. across the 3 different locations. Further, it was mentioned in the report that a song was shot at Aamby Valley with Salman and Disha and it was choreographed by Caesar Gonsalves. Sajid of the Sajid-Wajid duo was also reportedly present during the shoot.

The source further informed the daily that the makers will now decide about the release date in the next fortnight. The source said, "The final cut should be ready by December." With the patchwork on the film complete, the report stated that the post-production work had been done during the lockdown and now, the makers would work on finalizing the edit of the newly shot scenes.

A day back, Randeep shared photos of the new normal on the sets of Radhe: Your Most Wanted Bhai as he called it a wrap of the film. The shoot of the film had resumed in the first week of October and was expected to go on till the month-end. However, the report stated that Salman and others wrapped up the shoot way ahead of time. Now, fans of the star are waiting for the release date to be announced. The film is helmed by Prabhudheva.