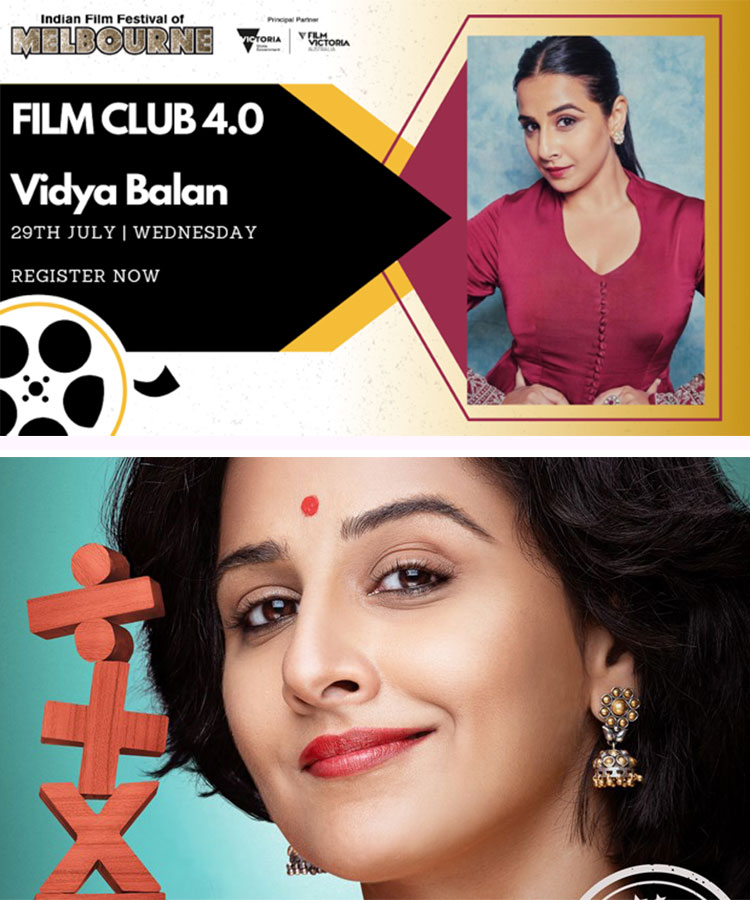 MELBOURNE, 27 July: Former brand ambassador of the IFFM and leading film actress Vidya Balan whose new movie 'Shakuntala Devi', is releasing on Amazon Prime on 31 July, will be interviewed by Rajeev Masand for the IFFM Film Club on Wednesday 29 July. The live streaming event on Zoom will have a Q-A session after the interview.

This is the fourth streaming event of the IFFM Film Club. In the three earlier events Soojit Sircar and Ronnie Lahiri (First), Aparna Sen (second), and Anurag Kayshap were interviewed by Rajeev Masand.

The biopic is based on the life of exemplary mathematician Shakuntala Devi known as the 'Human Computer' with Vidya playing her role. The movie is being released on OTT because of the COVID-19 pandemic.