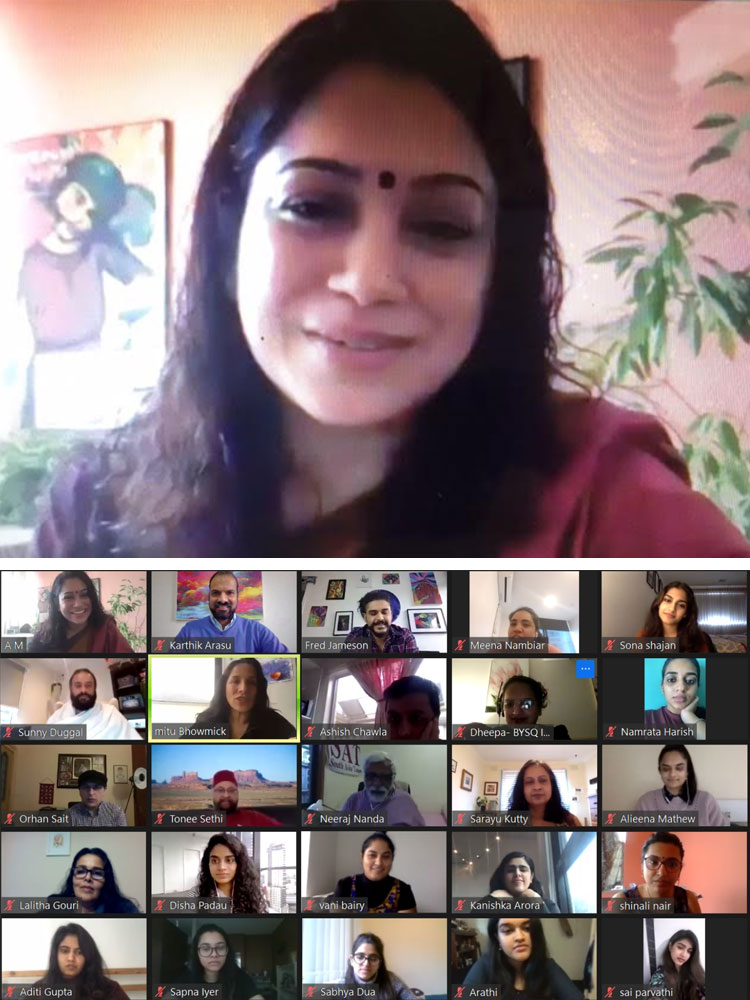 Anjali Menon's directional ventures include Kerala Cafe (2009), Manjadikuru (2012), Ustad Hotel (2012- Scriptwriter only), Bangalore Days (2014) among others. The grown-up in the UAE, a graduate of the London Film School, she lives in Bangalore.

Answering to a question about her blogs and short stories by South Asia Times (SAT), Anjali said, "I am a lazy writer but enjoy writing. It's a question of word counts and a lot to learn. It's a rich process to project one's worldview.

It's my great aspiration to write more and more."

Replying to Rajeev Masand's question about women in direction, she says, "The film industry is not the most representative in this regard. The perception they working there is negative.

A study on five film industries has been done on this subject and we know discrimination exists.

Also, once money comes gender goes away, but one has to see how women work. If you have to swim against the current, then you have to be a good swimmer." About her bias for family subjects she says, "The family is the molecule of society. It's great playing ground. From within, I like family subjects.

Even dysfunctional families as a subject are more interesting."

She answered many questions from Rajeev Masand and the participants. A few points that emerged:

- I am much more concerned about the subject; - Hindi mainstream cinema is differently made but happy to work in Hindi; - Streaming of movies has made them more accessible & regional movies have space.

The IFFM Film Club interaction with Anjali Menon saw more than 100 people participating including the Malayali diaspora in Australia. Big participation from other communities and cinema lovers gave the Zoom event a big boost to the popularity of the International Film Festival of India -2020 in its virtual presentation.