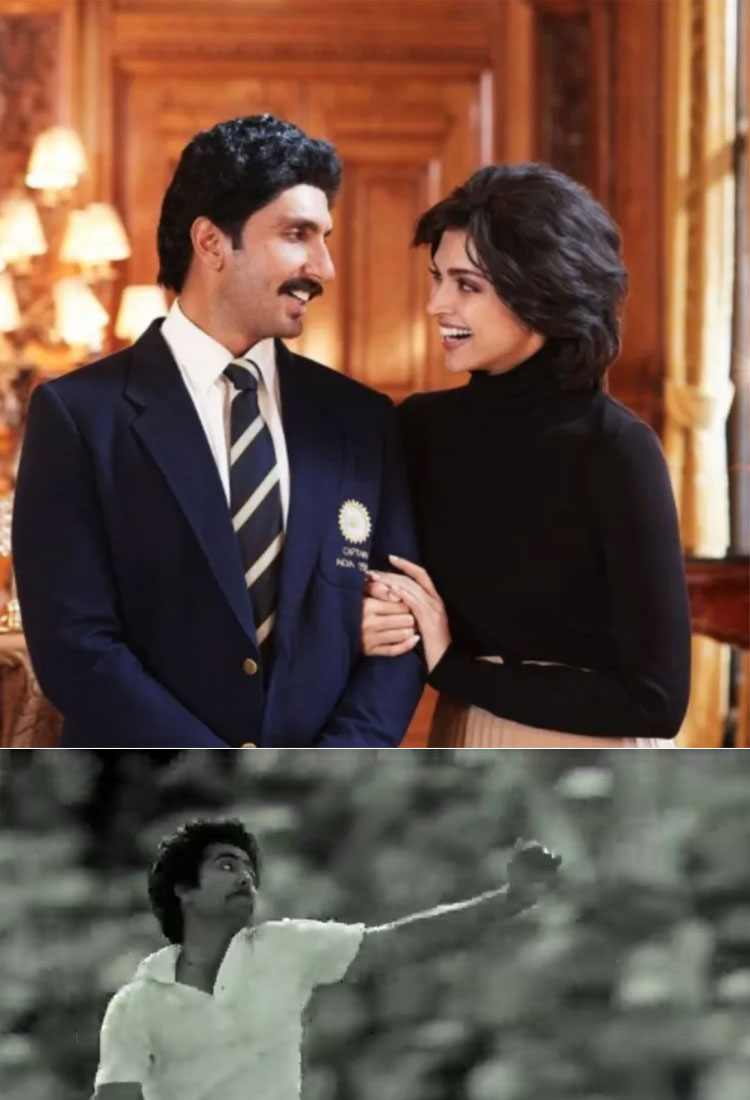 83 Teaser Out: Ranveer Singh, Deepika Padukone are all set to show 'the story behind India's greatest victory'

The much-anticipated film 83 teaser starring Ranveer Singh has finally been released today. The film was in news for a long time and fans were waiting for it. Today, Deepika Padukone has shared the teaser video on her official Instagram handle which has only increased the excitement level among the fans. She has also revealed the trailer release date of the sports drama. This will be the first film of Ranveer and Deepika together after their marriage.

Sharing the teaser video on her Instagram, Deepika Padukone wrote, "The story behind India's greatest victory! '83' RELEASING IN CINEMAS ON 24TH DECEMBER, 2021! In Hindi, Tamil, Telugu, Kannada and Malayalam! Trailer out on 30th November, 2021. #ThisIs83 #teaser." The clip opens on the cricket ground. On one side, it is the Indian cricket team who is bowling and on the other side team, West Indies team is batting. The iconic place is Lords Cricket Ground where India won its first World Cup and made history. As the batsman hit the ball, the Indian fielder run to catch the ball, and Indians sitting in the stadium are seen praying.