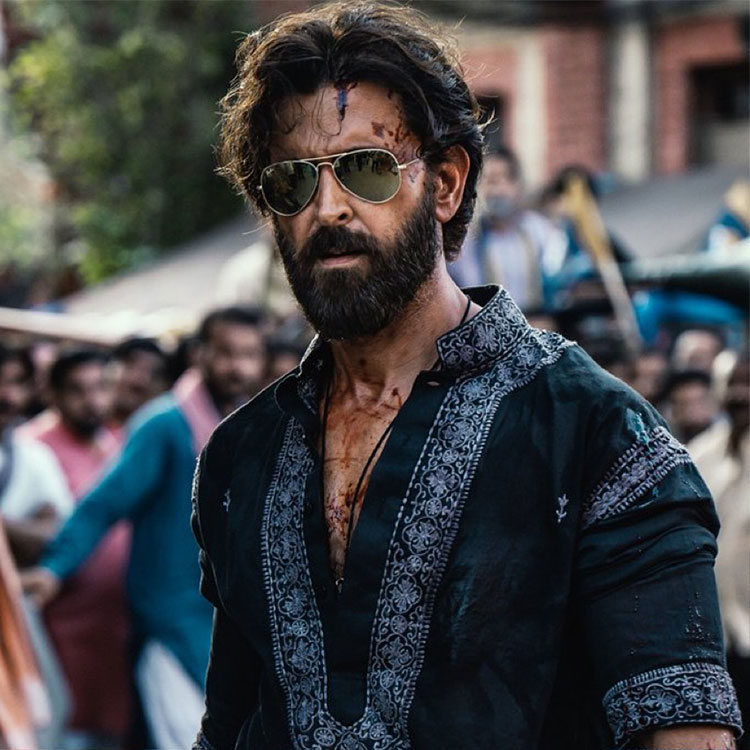 On his birthday, Hrithik Roshan took to Instagram to share the first look of his next, Vikram Vedha. He plays a gangster in the film, which also stars Saif Ali Khan.

Hrithik Roshan treated fans to his first look from the Vikram Vedha remake on his birthday. The picture showed him wearing a kurta and sporting a scruffy beard and dishevelled hair. Blood spots were seen on his face and chest.

The caption of Hrithik's Instagram post revealed that he is playing the gangster, Vedha, while Saif Ali Khan will be seen as the police officer, Vikram. Radhika Apte and Rohit Saraf will also be seen in pivotal roles.

Fans flocked to the comments section to shower Hrithik with compliments. One fan predicted a box office collection of ?500 crore for the Vikram Vedha remake, while another said, "Aag laga rakhi hai (You have set the internet on fire)." A third fan wrote, "Naya saal hai naya swag hai (New year, new swag)." Another wrote, "Aaaahhhhhhhhhhhh This made my year."

Vikram Vedha, a remake of the Tamil hit of the same name, is an action-thriller revolving around a police officer's mission to track down and kill a notorious gangster. The cop's perception of good and evil is changed after the gangster voluntarily surrenders and tells him three stories.

Pushkar and Gayathri, who directed the original Vikram Vedha, will helm the remake as well. They said in a statement, "We are delighted to be working with Hrithik and Saif - two great actors. With a superb team around us, we hope to deliver a film that will be intense and exciting."

So far, Hrithik has finished one schedule in Abu Dhabi, while Saif shot for one leg of the film in Lucknow.

Vikram Vedha is presented by Gulshan Kumar, T-Series Films and Reliance Entertainment in association with Friday Filmworks and YNOT Studios Production. The film is scheduled for a worldwide theatrical release on September 30, 2022.

Apart from Vikram Vedha, Hrithik also has Siddharth Anand's Fighter in the pipeline. The film, touted to be an action entertainer high on patriotism, stars Deepika Padukone opposite him and marks their first onscreen collaboration.