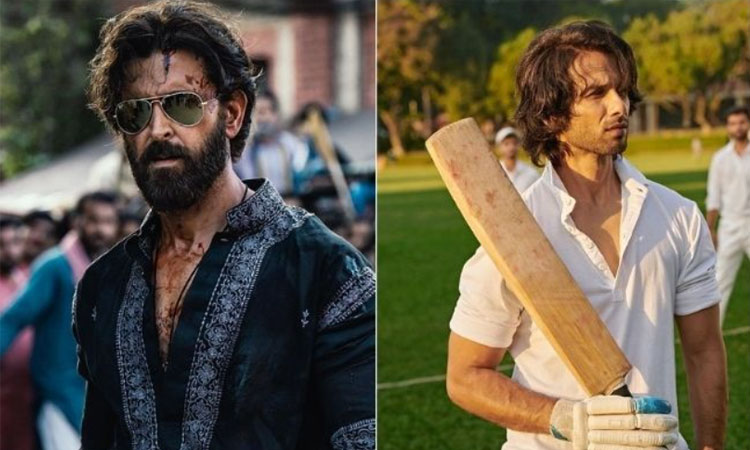 New Delhi | Jagran Entertainment Desk: In 2021, the announcement of popular South Indian films set for remakes in Bollywood. From Ala Vaikunthapurramuloo to Vikram Vedha, there are plenty of South Indian movies whose remakes have been announced. Recently, released Pushpa: The Rise and Akhanda were loved by the Hindi film audience.

In this article, we have listed the top five Hindi remakes of South films that we cannot wait to watch!

Helmed by Gowtam Tinnanuri, Jersey is the Hindi remake of the 2019 Telugu film of the same name. The movie features Shahid Kapoor in the lead role and the film is a sports drama based on the life of a talented Ranji cricketer. Apart from Shahid Kapoor, the movie also features Mrunal Thakur and Pankaj Kapur.

Hrithik Roshan and Saif Ali Khan starrer is the remake of the Tamil film Vikram Vedha. Recently the first look of Hrithik Roshan as Vedha was released by the makers of the film. The movie is a cop drama, and revolves around a story of a gangster and a cop. The movie is helmed by two people Pushkar and Gayathri.

Rajkummar Rao starrer HIT (Homicide Intervention Team) is a remake of a Telugu cop drama. The shooting for the film has already started and the movie revolves around the story of a cop who is on the trail of a missing woman. Apart from Rajkummar Rao, the movie will also feature Sanya Malhotra.

Recently, Akshay Kumar and Emraan Hashmi released the first look of their movie Selfie. The movie is a remake of the Malayalam super hit film 'Driving Licence'. The original film featured Prithviraj Sukumaran and Suraj Venjaramoodu in important roles.

Ajay Devgn will feature in the remake of Kaithi. The original movie starred Karthi, Narain, and George Maryan. The movie revolves around an ex-convict who tries to meet his daughter after he is out of prison.