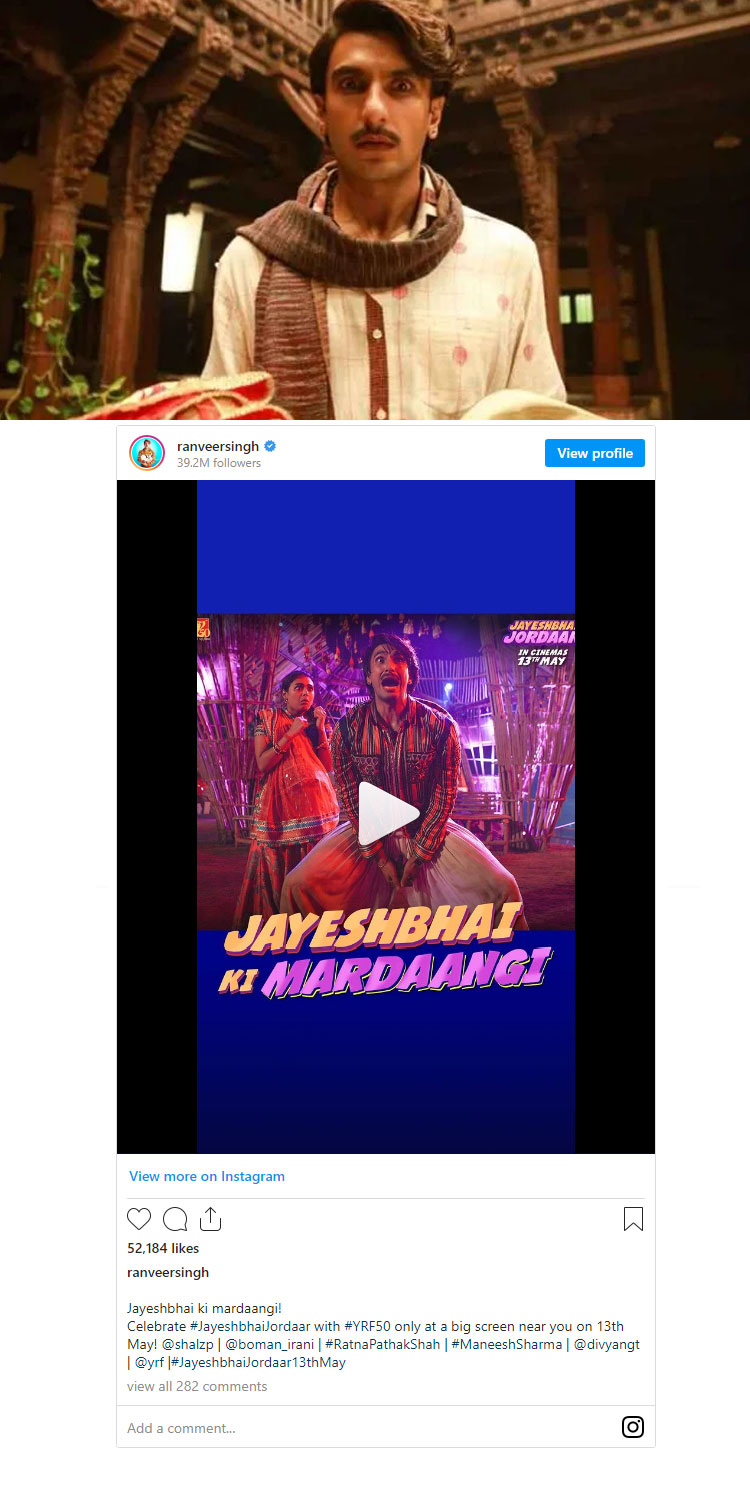 Explained: Why the success of Jayeshbhai Jordaar is not only crucial for Ranveer Singh but also for Bollywood

Ranveer Singh's Jayeshbhai Jordaar is set to release on 13 May. The film marks the Bollywood debut of Shalini Pandey.

While Bollywood is always considered as the biggest entertainment industry in the country, in the past few decades we witnessed Hollywood biggies giving a tough time to Hindi films. And now, south-Indian films are dominating the Hindi speaking markets with their powerful content and dubbed Hindi versions.

In the last six months, we came across three south-Indian films emerging pan-India blockbusters in the form of Allu Arjun's Pushpa: The Rise, Jr NTR-Ram Charan's RRR and Yash-Sanjay Dutt's KGF 2. On the other hand, Bollywood has been unsuccessful to garner footfalls in recent times as the last Hindi film, which was a box office winner was The Kashmir Files, which released on 11 March.

On next Friday, Ranveer Singh's Jayeshbhai Jordaar (13 May) is arriving at the box office and the film is not only crucial for the lead star but also for Bollywood due to these factors...

The dry spell of Bollywood

The livewire of Bollywood, Ranveer Singh is leaving no stone unturned in the promotions of Jayesbhai Jordaar as he wants it to be a box office success. The actor's last big-budget film '83, which released in 2021 during the Christmas weekend tanked at the ticket windows. And hence the success of Jayeshbhai Jordaar is crucial for Ranveer.

Dominance of Hollywood and south

While the wave of KGF 2 has affected Jersey, Runway 34 and Heropanti 2's business at the box office, Benedict Cumberbatch's Doctor Strange in the Multiverse of Madness, which is releasing tomorrow, may give a tough time to Jayeshbhai Jordaar due to the craze around this Marvel films.

Talking about Jayeshbhai Jordaar, the film also stars Boman Irani, Shalini Pandey and others in prominent roles. It is directed by Divyang Thakkar.