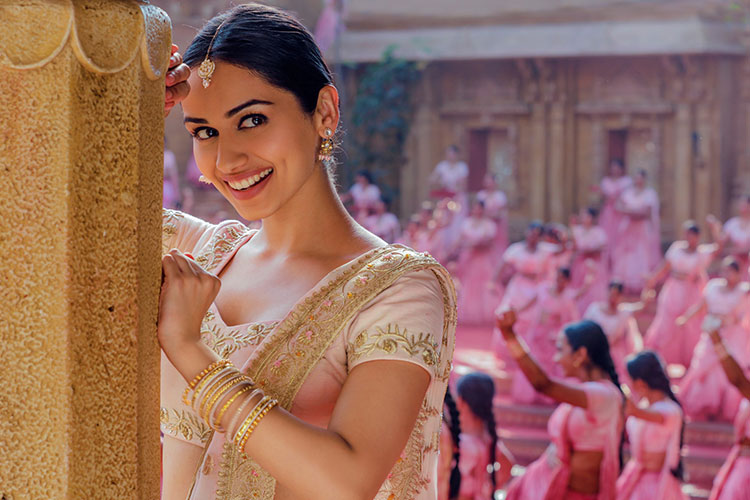 'Manushi is extremely gifted, she is a natural actor!' : Akshay Kumar showers praises on his talented co-star Manushi Chhillar, who debuts on the big screen with Yash Raj films' Prithviraj

Akshay Kumar's next is Yash Raj Films' first historical, Prithviraj, which is based on the life and valour of the fearless and mighty King Prithviraj Chauhan. He is essaying the role of the legendary warrior who fought valiantly to protect India from the merciless invader Muhammad of Ghor in this visual spectacle. Debuting opposite him is the ethereally gorgeous Manushi Chhillar, who plays the role of King Prithviraj's beloved Sanyogita, and her launch is definitely one of the most awaited debuts of 2022!

Akshay is all praises for his talented co-star as the superstar feels she is an extremely gifted actor who will dazzle on the big screen! He says, "Manushi is extremely gifted, she is a natural actor. A film like Prithviraj is not an easy debut for anyone. She is doing a historical where she is paying tribute to one of the most memorable personalities in the history of India, Princess Sanyogita. So, she is expected to have grace and also deliver a powerful performance on screen. She has to bring to life what the princess stood for."

He adds, "I was taken aback by how prepared she was to do this role. She knew she had a responsibility toward the character and she has essayed Sanyogita beautifully. I would not say this about her if she didn't deserve our compliments. She learned in her first film what I learned probably by my twenty-fifth film. You will know what I mean when you see her on-screen. She is a talent to watch out for. For her to be this calm, composed, and assured of her craft speaks volumes about her personality and her hunger to deliver on-screen."

Prithviraj has been directed by Dr Chandraprakash Dwivedi, who is best known for directing the television epic Chanakya and the critically acclaimed film Pinjar. The film is set to release worldwide on June 3 in Hindi, Tamil and Telugu.