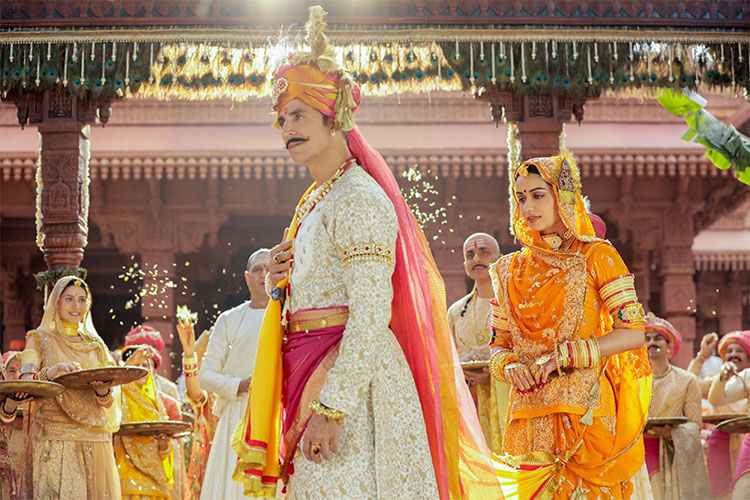 Akshay Kumar: Makhmali has to rank as one of the most soulful romantic tracks of my film career!

Akshay Kumar's next is Yash Raj Films' first historical, Prithviraj, which is based on the life and valour of the fearless and mighty King Prithviraj Chauhan.

Akshay Kumar: Makhmali has to rank as one of the most soulful romantic tracks of my film career!

He is essaying the role of the legendary warrior who fought valiantly to protect India from the merciless invader Muhammad of Ghor in this visual spectacle.

As Akshay drops the sneak peek to the third song of the film, Makhmali, he says that this romantic track of the season would rank as one of the 'most soulful romantic tracks' of his entire 30 year film career.

"In the 30 years of my journey in cinema. I have been fortunate to get amazing romantic tracks that have got a lot of love from my fans and audiences. I'm confident that Makhmali, sung by Arijit Singh and Shreya Ghoshal will also get the same amount of love from people. Makhmali has to rank as one of the most soulful romantic tracks of my film career."

"The song is picturised on the mesmerisingly beautiful and pure love story between Samrat Prithviraj Chauhan and his beloved Princess Sanyogita. Theirs was a relationship of equals. They were forward thinking and they worked hard to tell people that men and women are equals and that gender parity was necessary for the betterment of society. I love the song and it's been on loop on my phone. I hope everyone loves Makhmali too."


The ethereally gorgeous Manushi Chhillar plays the role of King Prithviraj's beloved Sanyogita. Her launch is definitely one of the most awaited debuts of 2022. She adds,


"I love the entire album of Prithviraj and Makhmali has a special place in my heart. It's the first romantic track of my career and it's beautiful. I've grown up watching YRFs romantic songs and I've gotten to finally do one."

"It's simply amazing that I have got someone like Arijit Singh and Shreya Ghoshal singing for my first love song. They're both masters of what they do and I'm just so grateful for my debut. Makhmali captures the purity of love that Samrat Prithviraj Chauhan and Princess Sanyogita had for each other."