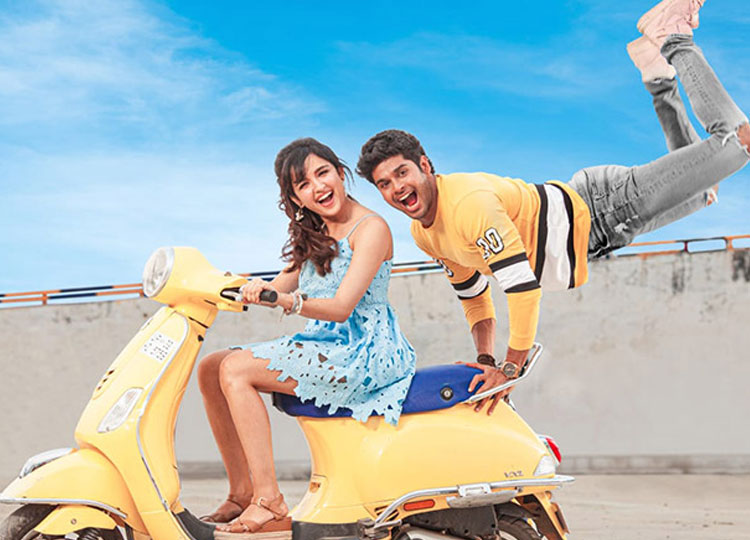 This Friday sees the solo release of Nikamma. On its announcement a couple of years back, the film was in news because it was meant to be the comeback film of Shilpa Shetty. Then pandemic happened and things turned for everyone in the film industry. Meanwhile Shilpa Shetty had also done Hungama 2 and that film saw straight-to-OTT release last year itself. Now Nikamma is gearing up for release and has been projected as an action drama with a family backdrop to it.

The film is special for Abhimanyu Dasani since this is his first commercial potboiler that would be arriving at the big screen. Prior to that, he did Mard Ko Dard Nahi Hota, which was an experimental film. Then his second release was Meenakshi Sundareshwar, which was again a middle-of-the-road film and was designed for OTT. Nikamma is actually his first film where he is arriving as a commercial hero per se who indulges in action, dance, romance and emotions, something that is characteristic of a new hero in the industry. He is joined by Shirley Setia, a popular singer/YouTuber who has graduated to being a leading lady. In fact, she too made her feature film debut with Maska which arrived on OTT a couple of years back.

Promo of the film gives an impression of a quintessential masala entertainer and one waits to see how it is received at the box office. Since the film stars primarily newcomers in the lead, it would all boil down to word of mouth coming into play. At the single screens, the film should take a relatively better start, and especially in the interiors, the collections would be better. A start of Rs. 75 lakhs - 1 crore could well be an opening number for this Sabbir Khan directed film which isn't finding much competition around it, so if the end outcome is received well then good growth can be expected on Saturday and Sunday.