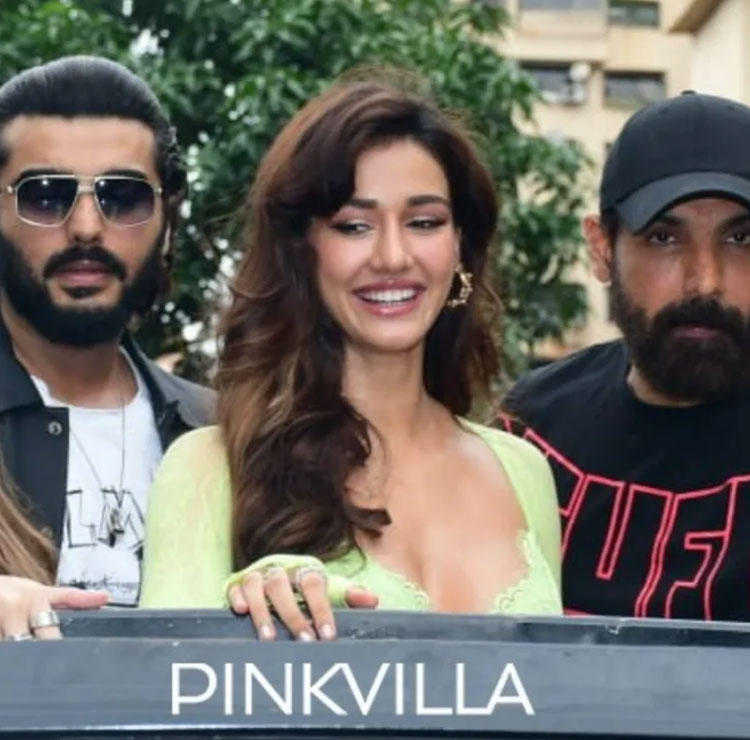 Ek Villain Returns happens to be the second installment of Mohit Suri directorial Ek Villain, starring Sidharth Malhotra, Shraddha Kapoor, and Ritiesh Deshmukh. The upcoming film starring John Abraham, Arjun Kapoor, Disha Patani, and Tara Sutaria is making the right amount of noise and has managed to get people excited about the movie by its intriguing trailer. Meanwhile, the ground-level promotions of the film have begun and the actors are leaving no stone unturned to promote the film on various platforms. Speaking of which, Arjun, Disha and John on Sunday promoted the film at a musical event where singer Ankit Tiwari was seen performing.

Disha Patani took to her Instagram stories to give glimpses of the concert as she was seen having a gala time with her co-stars Arjun and John. The actors were also seen singing along with Ankit as he performed his famous songs on stage. In one of the stories, Arjun was seen performing the hook step of his famous song 'Chokra Jawaan' from his debut film Ishaqzaade.

In the film, Arjun has been paired opposite Tara while Disha has been paired with John. Talking about the film, director Mohit Suri earlier said in a statement, "Ek Villain was my passion project and a labour of love. The kind of love that I still receive for Ek Villain overwhelms me. I am sure with Ek Villain Returns, the love is only going to grow bigger. And while I cannot reveal much about the film, I can assure that it is going to be a thrilling rollercoaster ride," Indian Express quoted him as saying.