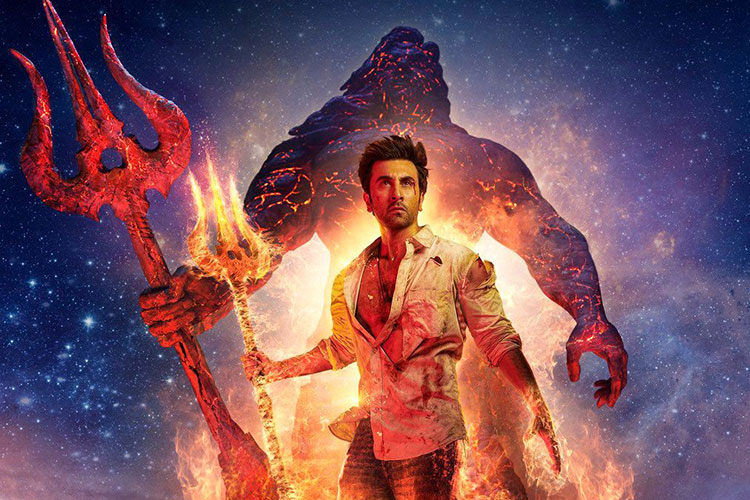 Brahmastra box office: Ranbir Kapoor and Alia Bhatt's Hindi film saw a slight growth on day 3, and did a business of around RS-41-42 crore on Sunday. In its opening weekend, the Ayan Mukerji directorial earned more than RS-120 crore in Hindi and other languages combined.


Brahmastra Part One: Shiva, starring Ranbir Kapoor and Alia Bhatt, continued to perform well at the box office. Despite mixed reviews, the film, directed by Ayan Mukerji and backed by Karan Johar, showed some growth on Sunday. Brahmastra's Hindi version collected around RS-41-42 crore on day 3, in comparison to the RS-37 crore it made on day 2, taking its weekend total to RS-110 crore worldwide. Trade analysts are predicting a possible RS-250 crore weekend. Read more: Theatres open early morning, late night shows of Brahmastra amid 'huge demand', film running for 21 hours in some halls

Brahmastra released in theatres on September 9 in Hindi, and four other languages-Tamil, Telugu, Kannada, and Malayalam. Alongside Ranbir and Alia, it also stars Amitabh Bachchan, Mouni Roy and Nagarjuna, and has cameos by Shah Rukh Khan and other celebs. Brahmastra is being praised for its VFX but is criticised for its script and editing.

As per trade sources, the three-day collections of the Hindi version of Brahmastra are around RS-110 crore nett (with RS-41-42 crore on Sunday), while the film earned around RS-45 crore in all languages on Sunday itself. Meanwhile, the collections for all formats, including languages other than Hindi, are more than RS-120 crore nett for the opening weekend. However, some celebrities, like Kangana Ranaut, and industry insiders have claimed that the Brahmastra box office figures are manipulated by the film's producers.

Brahmastra had recorded a great opening with collections coming in the range of around RS-35-36 crore despite it releasing on a non-holiday. Brahmastra Day 1 collections have reportedly beaten the opening day figures of Ranbir Kapoor's highest opening so far, Sanju, which had collected RS-34.75 crore on day 1 in 2018. As per the makers, Brahmastra had earned RS-160 crore in its first two days worldwide. Earlier, it was reported that with many shows going houseful, theatres in many major centres had now opened early morning and late night shows to keep up with the increased demands.

Recently, Alia Bhatt had shared a post by Ayan on Instagram, thanking all those who watched the film. Ayan's original post read, "Gratitude, excitement, hope! A big thank you to everyone, everywhere who has gone to the cinemas to experience Brahmastra, keeping our movie going culture vibrant and dynamic. Looking forward to the next few days."