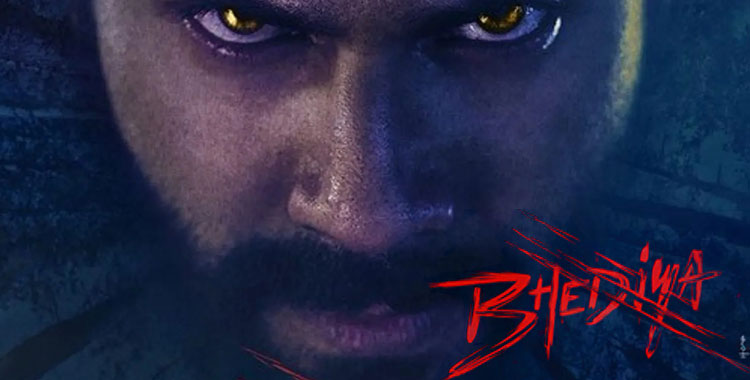 Bhediya teaser: Makers to drop trailer in October when Varun Dhawan completes a decade in Bollywood

A small town. A community. A jungle. A beast. The trailer date announcement video of Varun Dhawan's latest Bhediya gives a glimpse into the world of director Amar Kaushik's creature-comedy. Set to the tune of a pulsating rap, the one-minute teaser sets up the tempo for an urban legend to come to life.

"Witness the awakening of the legend," the text on the screen reads as one gets introduced to the film's eerie setting. In the trailer date announcement video, the makers tease shots of bats flying over a house, a man being chased in the forest by a creature, a group of people chanting a prayer as the fire takes form of a wolf and finally, a small glimpse of the wolf itself, tearing through the door, leaping onto the screen as the title splashes - Bhediya.

The teaser ends with the date of Bhediya's trailer: To be out on October 19 to mark Varun's 10 years in Bollywood. The actor had made his debut on the date in 2012 with Karan Johar's coming of age romantic comedy drama Student of the Year.

Bhediya also marks the reunion of Varun Dhawan and Kriti Sanon, seven years after sharing screen space for the first time in the Shah Rukh Khan-led Dilwale. Bhediya will also be Varun's second film with producer Dinesh Vijan after their 2015 successful outing Badlapur, while Kriti has been a Maddock Films regular with films like Raabta, Luka Chuppi, Arjun Patiala and Mimi.