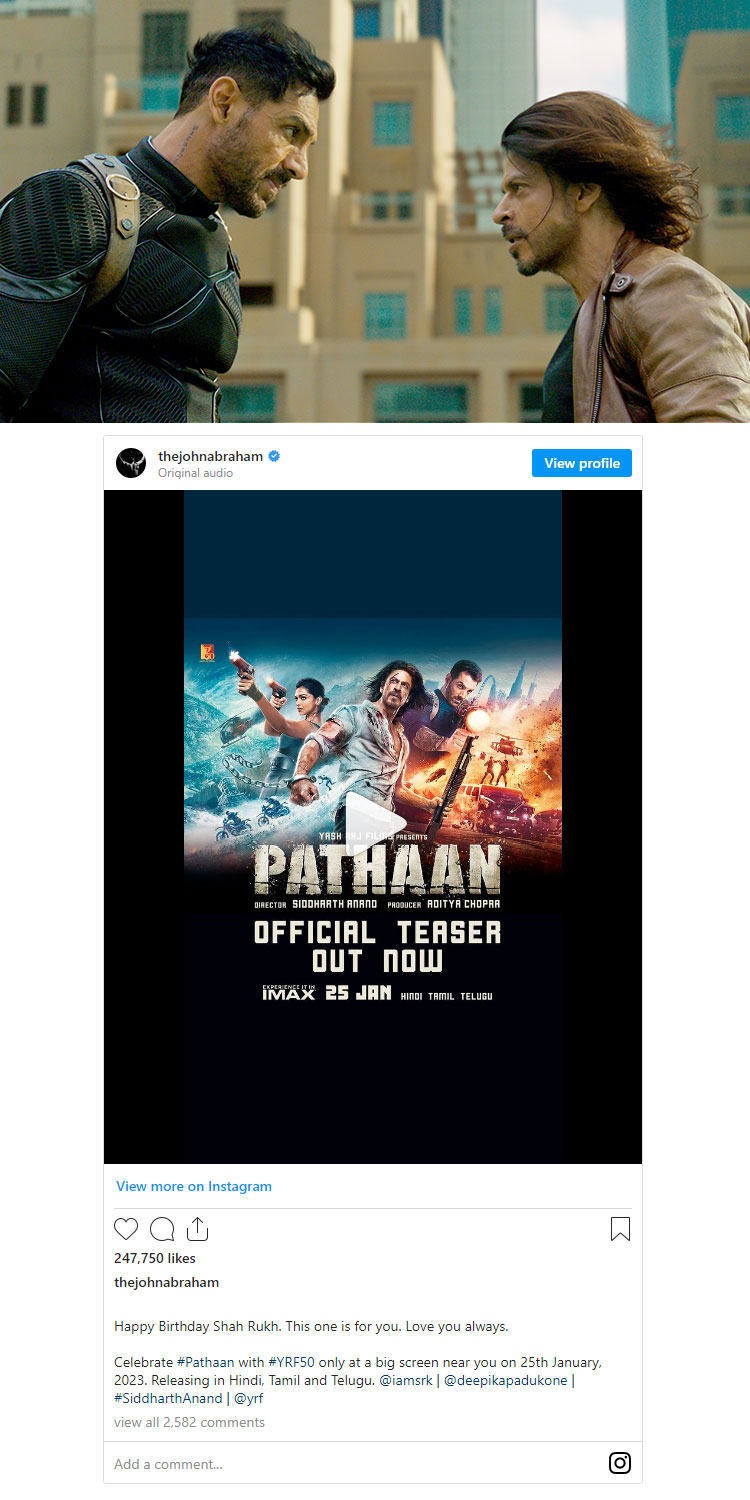 John Abraham was our first and only choice for Pathaan!': Director Siddharth Anand

John Abraham has wowed everyone in Pathaan's teaser, where it was revealed that he will play the role of Shah Rukh Khan's arch-enemy! John has been presented in an Uber cool avatar, a villain that is a ruthless mercenary who wants total destruction of his enemy. Siddharth reveals only John could have played the role with elan and he was thrilled that he said yes to Pathaan!

Siddharth says, "For Pathaan to be larger than life, we needed to have a towering villain who is equally larger than life. We wanted someone who is ruthless and suave and commands an electric presence on screen! So the villain in Pathaan was written keeping John Abraham in mind."

He adds, "He was our first and only choice, and we were certain that we wanted a villain that they would cherish forever. I'm delighted to see the response that people have showered on John as he takes on Shah Rukh Khan in a blood-soaked, adrenaline-pumping rivalry that will be epic in every sense possible. John is the perfect opposite of Pathaan on screen and we have made their rivalry look deliciously edge of the seat. It will be one hell of a thrilling showdown."