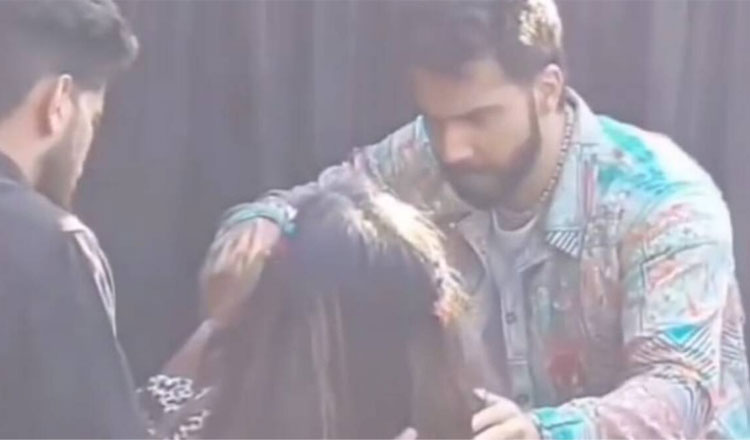 Varun Dhawan and Kriti Sanon were recently in Jaipur to promote Bhediya. At the event, the actors were seen comforting a fan, who fell ill presumably because of the heat and crowd.

Varun Dhawan left fans rather impressed with his gesture during the Bhediya promotions in Jaipur. One of his fans fell sick and the actor jumped in to help and comfort her.

A fan page shared a video of Varun sitting on the floor below the stage and offering water to the girl, who fell sick presumably because of the heat and crowd. Another volunteer was seen beside them while Kriti gave instructions standing on the stage. The Student of the Year actor also indulged in a conversation with the fan, making sure she was feeling okay.

As the video went viral, fans were quick to drop heartfelt messages on the post. "He is literally the bestMy VD," one fan wrote, while another added, "How sweet of him! No doubt #VarunDhawan is both a great actor and amazing human being. God bless him."