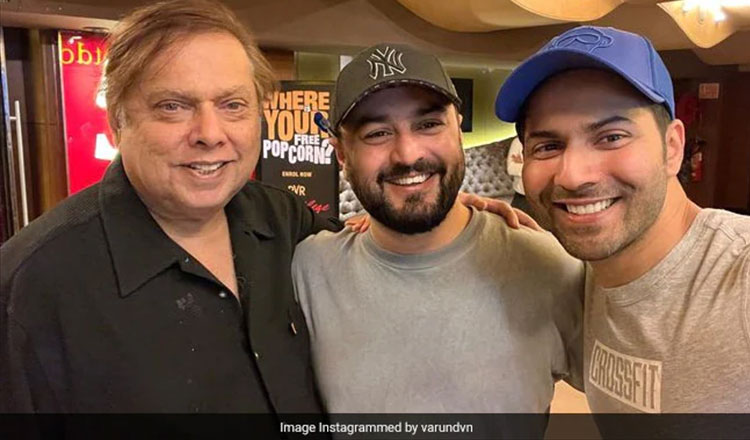 New Delhi: Varun Dhawan is one happy man. The reason is his upcoming release Bhediya. The actor, who plays a werewolf in the film, was part of the first screening of the movie on Monday. His reaction after the screening can be summed up in one word - "Happy". Sharing an image in which Varun is seen with his father, veteran director David Dhawan and Bhediya director Amar Kaushik, he wrote, "Happy. Post the first screening of #Bhediya last night. This is a film I've been wanting to do since a very very long time and to finally see Bhediya in all its glory. Can't wait... milte hai 25th Nov ko." Actor Sikander Kher replied to the post saying, "Good luck brother! Looking forward to watching this one." Huma Qureshi said, "Woo hoo."

Recently, in an interview with Kriti Sanon, Varun Dhawan spoke about the scene he found the toughest to shoot in Bhediya. He said, "The transformation scene... Definitely, it has to be one of the most physically draining things I've ever done. I was just running through a wall, my head was going through it..." To this, Kriti Sanon added, "It looked mad."

After wrapping the shoot of the film, Varun Dhawan shared a photo of himself. In a note accompanying the image, he wrote, "Last day. Filming our last key scenes on #Bhediya in the next 24 hrs. Since we are not allowed to put out any stills from the film this was the last time I starred in the mirror and kinda had to say it's time to say goodbye to my long hair, beard and the changes my director Amar Kaushik has made me make for this character. Although something tells me this is not the end but a new beginning."

Bhediya will release in theatres on November 25 and also stars Abhishek Banerjee and Deepak Dobriyal in important roles.