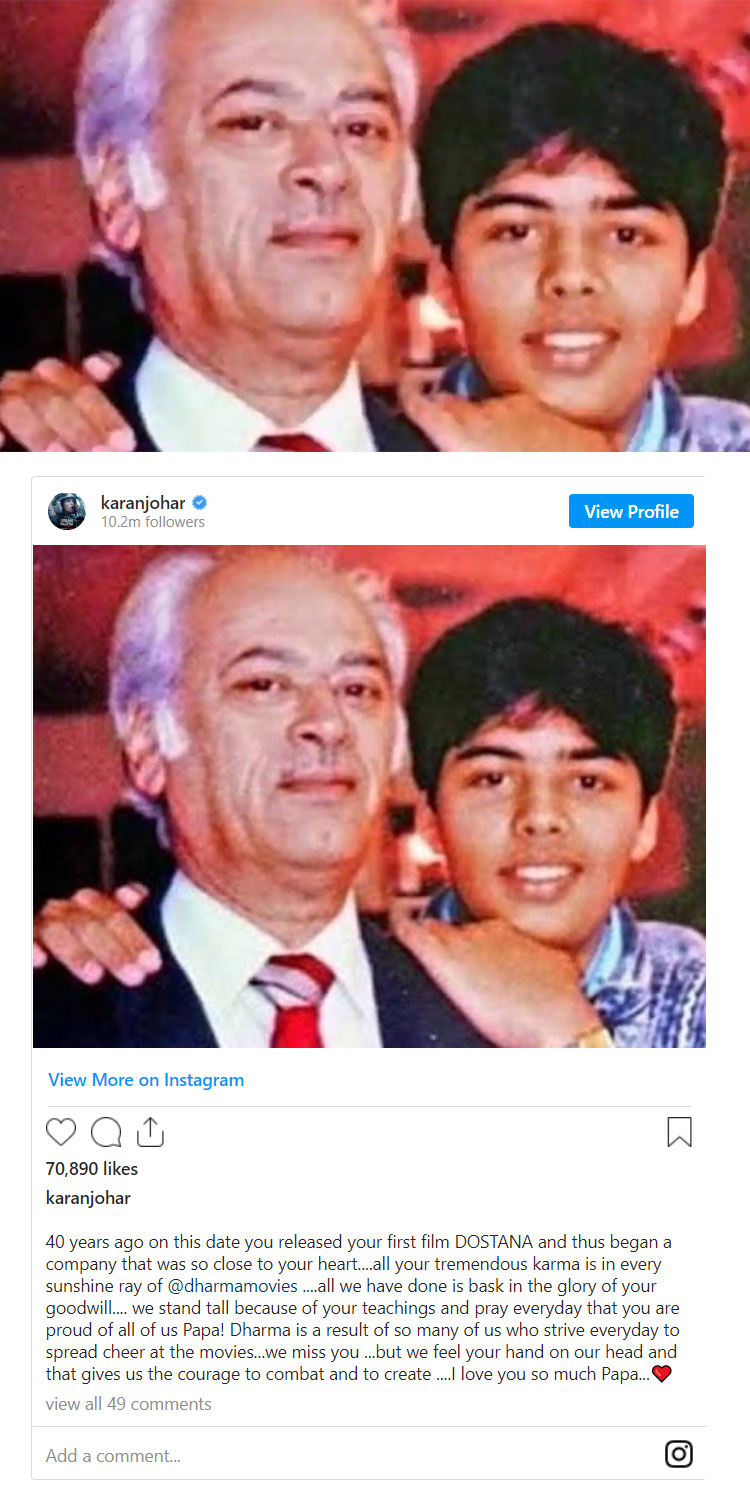 Karan Johar wrote a heartfelt note for his father, the late Yash Johar, as Dharma Productions completed 40 years. He said that they were 'bask(ing) in the glory' of the late producer's goodwill.

Filmmaker and producer Karan Johar paid an emotional tribute to his late father, producer Yash Johar, as Dharma Productions completed 40 years. On this day, 40 years ago, Yash saw the release of his first production, Dostana. The film starred Amitabh Bachchan,?Shatrughan Sinha and Zeenat Aman in the lead roles.

In a heartfelt note addressed to Yash, Karan wrote that the production house is 'bask(ing) in the glory of your goodwill'. Karan added that though Yash is missed, they feel his blessings and find the 'courage to combat and to create'.

"40 years ago on this date you released your first film DOSTANA and thus began a company that was so close to your heart....all your tremendous karma is in every sunshine ray of @dharmamovies ....all we have done is bask in the glory of your goodwill.... we stand tall because of your teachings and pray everyday that you are proud of all of us Papa!," he wrote.

"Dharma is a result of so many of us who strive everyday to spread cheer at the movies...we miss you ...but we feel your hand on our head and that gives us the courage to combat and to create ....I love you so much Papa," he added.